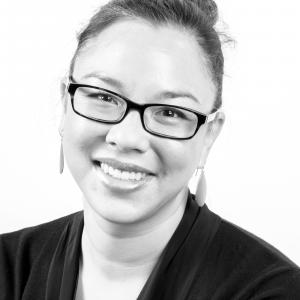 I study aging and neurodegenerative disease using fruit flies. My scientific path included a lot of exploration of "non-traditional" science careers and contemplation of the meaning of life. I don't know that I've made much progress on some of those bigger questions, but along the way, I have learned so much about the world around us and the scientific principals that govern cellular function. My interest in biology really began with a drive to understand people and behavior. I attended UC Berkeley as an undergraduate and after initial flirtation with cognitive science as a major, I ultimately found more satisfaction in the answers available from experimental systems and molecular research. I ended up getting a degree in Molecular and Cell Biology with an emphasis in neurobiology. After several years working in labs and at a small biotech startup in the SF Bay Area, I decided to go back to school, ultimately moving to Ann Arbor to pursue a PhD in Neuroscience at the University of Michigan. My work there melded much of what fascinated me as an undergraduate, the connection between structure and function, both at the anatomical level and the molecular level. My dissertation focused on the neurodegenerative disease Spinal Bulbar Muscular Atrophy and ways to harness the cell's innate protein quality control pathways to treat the disease. Although I entered graduate school on the premise that I was looking for expertise, not necessarily a career in academia, it was during this time that I started rethinking my initial bias against becoming a professor. I had grown up in the Seattle area, and my two best friends from high-school attended Western. When my thinking in graduate school began to shift, I have clear memories of saying "Maybe I could stay in academics. Maybe I could see myself as a professor at a place like Western".

After completing my PhD, and having spent about 14 years living somewhere other than the PNW, I was eager to move back. I found a postdoctoral position at the University of Washington in Matt Kaeberlein's lab where I began to learn more about the biological mechanisms of aging and how those mechanisms might affect susceptibility to neurodegenerative disease.

Research in my lab uses the fruit fly as a model organism to understand pathological mechanisms of neurodegenerative disease and how these might interact with molecular changes seen with age. Genetic studies from many model organisms have identified a number of pathways that modulate aging and lifespan across species, and we are interested in investigating how modifying these pathways influence the onset and progression of neurodegenerative diseases such as Alzheimer’s disease and mitochondrial disease.