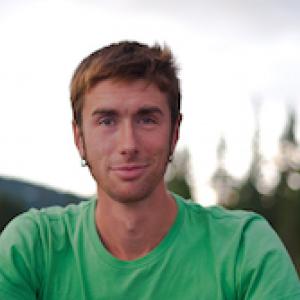 A few facts about my academic life so far:

I don't know when I decided to become a marine biologist.

I went to the University of Wyoming, not for their (non-existent) marine science program, but to continue competitive swimming.

Instead of finding a research lab as an undergraduate, I climbed as many rocks in southeastern Wyoming as possible.

It took me two tries to get into graduate school here at Western Washington University to study marine biology.

I was 100% certain I was done with school after I received my Master’s degree.

I started my PhD in Western Australia on seaweed chemical physiology because I didn’t have any other plans for my life. This was, admittedly, a poor reason to start a PhD.

Besides being a parent, getting through my PhD is the hardest thing I’ve done.

I enjoy algae of all sizes, generally the brown and green ones.

A few facts about my personal life:

I grew up in Alaska. It is a magical place.

I once ate 70 chicken nuggets in one sitting.

I’m doing my best to do less.

Sleeping is my number one hobby.

I like to climb things and run around in the woods.