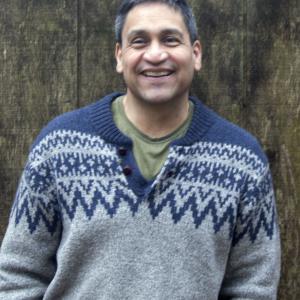 (Remotely through Jan 21st via Zoom, please send me an email to book.)

I was born and raised in México City.  My siblings and I are first-generation college students whose parents encouraged and supported their dreams.  I have always wanted to learn about animal behavior.  I vividly remember the empty lots surrounding my house: turning over rocks to look for snakes or lizards, looking at the grass in search of grasshoppers, and peeking at puddles to discern if they had tadpoles.  I devoured books about animals, learning that the people who study their behavior are called scientists and have a degree called a doctorate.  It was as a child that I decided to get a Ph.D. degree.

In high school I got the idea of attending university in another country, but my family lacked the means.  I walloped in self-pity and decided not to go to college.  Months later, I started growing up and chose to attend the Universidad Autónoma de Baja California Sur in La Paz, México.  (A big deal in a country where one usually stays at home while going to college.  I cried curled up in a closet the first weekend because I missed my family.)  As an undergraduate student, I began my career in science and with marine mammals, first as a volunteer studying different whale species —starting with the gray whale— and then an infructuous Senior thesis attempt to study orcas that morphed into a study on the feeding behavior of bottlenose dolphins.  As such, it took me eight years to earn my Licenciatura (the equivalent of a B.Sc.) in marine biology,

Thanks to the recommendation of Bernie Tershy, a graduate student whom I have met studying whales in Mexico, I attended Texas A&M University.  I was a doctoral student of Dr. Bernd Würsig.  Thanks to him, I earned a Ph.D. studying bottlenose dolphins and sharks off Isla del Coco, Costa Rica, after first studying the social behavior of bottlenose dolphins in Golfo Dulce, also in Costa Rica.  The three years I spent living in Golfito and camping in an uninhabited tropical island were full of adventures and freedom.  It also meant that it took me eight years to earn my Ph.D. degree.  Upon becoming a doctor, Bernie (now Dr. Tershy) invited me to join him as a post-doctoral researcher at the University of California Santa Cruz, where I studied the feeding behavior of blue whales and fin whales, the largest animals on Earth!

Worldwide war, poverty, and injustice made me question my career choice while I was a doctoral student.  I still wanted to do something for nature, but also something tangibly beneficial for humanity.   Even with this internal struggle, I kept working on my doctoral dissertation and then my post-doctoral research.  Ever since I was a college student, I learned that I could feel sorry for myself and show nothing for it, or that I could feel sorry for myself and show something at the end, so I decided to do the latter.  It was then that I was asked to participate in an IMAX movie called Dolphins thanks to Bernd’s recommendation.  Filming in Bahamas and Argentina, attending conferences in New York and Sydney, doing voice-overs and receiving lessons in public speaking in Los Angeles, and giving talks and interviews to museums, schools, TV and radio stations across the United States and Mexico were eye-opening experiences.  Little did I know that the film would be nominated for an Academy Award!  As a result of these experiences I realized that I liked to share what I know and that I was good at it (at least that’s what I say to myself).  This experience led me to science education and a job at the California Academy of Sciences in San Francisco.  Most importantly, I had found the tangible benefit to humanity that I was longing for: I could help young people fulfill their dreams of becoming scientists or teachers.  Thus, after many unsuccessful applications to other universities, I arrived to Western as a professor in biology and science education.

I love living in Bellingham and working at Western, where students and I study harbor seals and sea lions.  (A challenge for me since all my academic life I had studied whales and dolphins.)  I have created a family with my delightful and beautiful wife Lisa, our fantastic son Ethan Alonso (8 years old), and the memory of our wonderful daughter Alima Celia.  I am emotional, sociable but not social, and non-religious; I identify myself as a man; I like playing and watching fútbol, exploring the outdoors, and singing with the guitar; and I love seeing new places: during my first sabbatical research, Lisa and I lived nine unforgettable months in New Zealand while studying fur seals; during the second one, Lisa, Ethan, and I lived seven wonderful months in Germany while researching harbor porpoises.

If I am lucky enough to be doing what I like is because of the support of many wonderful people along my path, and because hard work and perseverance allowed me to carry on despite the many failures, self-doubts, and challenges that are an inevitable part of life.  At the same time, my career choice has allowed me to travel to many different places, live in various cities and countries, encounter fascinating creatures, learn about many cultures, and meet wonderful people.  I am looking forward to more.

I am interested in the role of marine mammals in their environment and their interactions with humans.  Presently, in collaboration with Dr. Dietmar Schwarz, other colleagues, and Western students, we aim to examine the impact of individual harbor seals on the community, particularly salmon consumption.  Western students are also describing the variation in the numbers of seals hauled-out in downtown Bellingham and the foraging behavior of seals at Whatcom Creek.  You can learn more about our research projects by visiting the Marine Mammal Ecology Lab’s website (link below my photo) and becoming a lab member here:   http://myweb.facstaff.wwu.edu/aceveda/Research%20HTML%20files/tobecomeastudent.html

I invite you to contact me for more information if you are a Western student interested in pursuing research with us.